Some of you maybe remember a time without casual gamers - you know - these noob players who destroy our games because game companies downgrade their game mechanics to best suit the mass market. They spread like the Plague!

There is a difference between stupid and inexperienced! Do you still believe Casual Gamers are slavering idiots?

These words sound common but do they sound true, too? Some years ago, I worked as a game designer for browser games. One day a product director shocked me during a discussion about a small riddle feature, he told me that he would never agree to any kind of riddle feature because the audience wasn't smart enough for these kind of features. He added that this would clear players out for sure. Could he be right? Does this opinion affect other game designers?

Let us investigate these questions starting with World of Warcraft. Some gamers complain about an extensive drift towards moronic farming. Others complain about dungeon raids getting less challenging. One of the first steps into this direction was the integration of the Add-On Quest Helper into the game. The Quest Helper Add-On showed quest goals, monster locations and the best way to level up quickly. Together with the Add-On Cartographer Quest Helper transformed into a navigation system by displaying an arrow on the game screen. Could these have been important steps towards casual gamerism?

World of Warcraft has impact on the market as a big player. Arrows became a famous feature in browser games tutorials as well. There are two big tutorial paradigms. The first one could be summarized "Don't reflect - just react". Battle of Zombies is a typical example of this type of tutorial. Some introduction characters try to motivate players to read their flavor texts but fail because you don't need to, due to the fact that a huge jumping arrow or forefinger draws successfully your attention. That constant movement works like an anglerfish and triggers your almost instant mouse click to stop it.

The second paradigm combines a quest-based tutorial system, first introduced by Evony, with the "Don't reflect - just react" paradigm. Throne Wars or Goodgame Empire Four Kingdoms work that way. New players have to follow the arrow guidance in the beginning until they reach a minimum level of expertise. Afterwards a subtle and frequently rewarding quest system takes over to ensnare players.

Both paradigms aren't very challenging. Could this be the first clue to find a valuable answer?

Truth is in the eye of the beholder. On the contrary, there are games like Top Eleven with no tutorial introduction at all or Bloody Harry's decent situation-based arrowing e.g. after buying a shotgun for the first time players are introduced to the weapon rotation feature. Fifa 14 also uses a situation-based tutorial system but there is no jumping arrow, just written words with delicate moving lines.

Tutorial systems are one way to examine the mindsets of online game developers. Another way is to look at game mechanics. School of Wizardry was one of the first purist click games like Mafia Game is nowadays. EASY TO LEARN is capitalized to the maximum. You have to solve missions which cost some mission points and in return you get resources to spend on supporting items to use in PvP (Player versus Player) combats. Players can't fail in mission, thus PvE (Player versus Environment) is a suspenseless kind of "click and click adventure".

Talking about suspense in combat systems: there are game examples in the other extreme position, one is Ikariam. Seven types of units on battle fields that differ in size correlating with city size of the attacked player. Each unit has over ten attributes to concern, e.g. hit points, armor, size on battle field or upkeep. These attributes are affected by upgrades you have to develop by building a certain building that has to be invented by your scientists. We must not forget that during battle losing one unit type means losing battle! Why? Because unit types follow some kind of Rock-Paper-Scissors, whichmeans that some unit types are experts in evaporating others. Important to know: Recruiting one unit can cost up to forty minutes! Needless to mention that recruiting a reasonable army takes days. After introducing this update loads of resources changed holders and a lot of players didn't understand this new combat system at all. Several years later PvP seems to be broken down.

Of course, this combat slowdown can be caused by many reasons but factoring dropped PvP activities into the other mentioned perceptions above, it seems to be a fact that game companies refocus their development on simplicity. Why? Easiest deduction would be that companies adapt to the needs of the market and the market is flooded by dull casual gamers.

But to leave the cave of fast deduction: there is need for a wider viewing angle. There is a difference between stupid and inexperienced! People with less gaming experience know less typical game mechanics and have to be introduced to these. Arrows or forefingers may seem to work well but do they lead to a deeper understanding of the game?

Without this deeper enlightenment these players repeat the shown steps lost in the valley of ignorance. This situation is frustrating but playing games should be fun. Who wants to invest time in something that isn't fun during his valuable spare time when he could shift his awareness within seconds towards other activities and media?

Mobile gaming changes habits, too. In the past gaming was primarily performed in private rooms. Nowadays games are played in public area, even on the move. This shifts the awareness away from the game. Less awareness means less deeper understanding means more "stupid" ingame decisions.

Do you still believe Casual Gamers are slavering idiots? 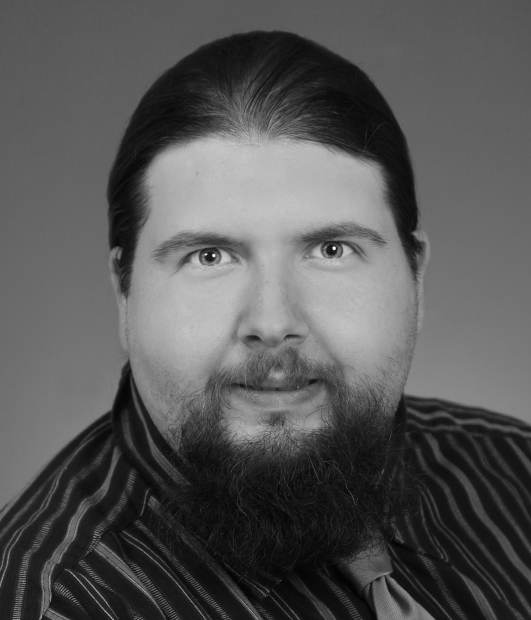 Born in the heart of Baden (Germany) in 1980, graduate engineer (UAS) Thorsten Zimprich studied Psychology in Mannheim and later changed to Stuttgart Media University (HdM) to study Audiovisual Media. He worked as a Game Designer for Gameforge, as a Video Journalist for R.TV Karlsruhe , as an Online Journalist for several companies, is a freelance media expert and teaches game design and video production at Akademie für Kommunikation. Thorsten Zimprich loves to produce media products and to share his knowledge.